Why can't we just get along? It seems as though relationships are one of the biggest problems we have. Whether at home, at work, it seems like there's almost some sort of disharmony. 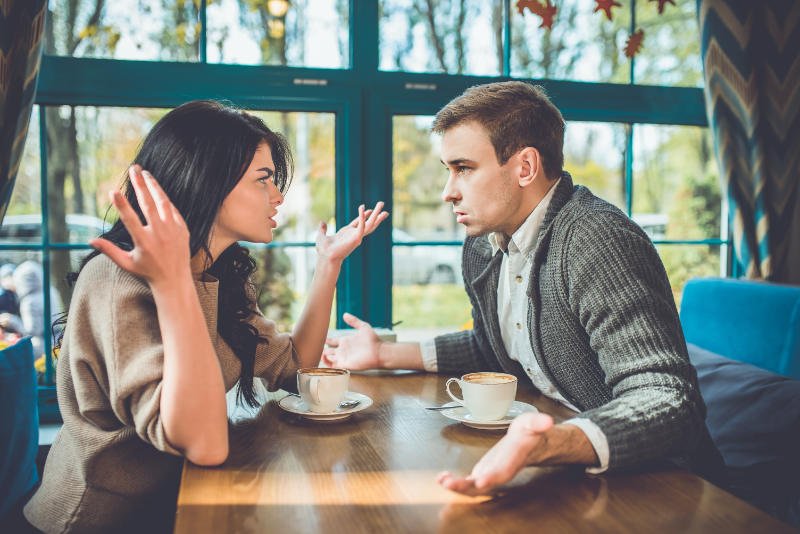 Why is it so hard to get along? What makes us jealous, insecure, afraid, and controlling? And what makes us willing to be controlled?

In these types of relationships, in which conflict is the norm, nobody is free. This is considered to be quite normal in our culture. It's almost expected for couples to not get along.

But it definitely doesn't feel right.

What is the root of relationship problems?

Relationships fill many roles for people. But one major driver why people invest themselves in relationships is for a sense of security, love, and intimacy. We feel fundamentally insecure in ourselves so we seek a partner to fill that void - to take away loneliness.

The idea of having someone gives us a superficial sense of security. If a relationship is accepted to be a source (sometimes the source) of love, then the possibility of losing it will result in fear. If the relationship is threatened in any way, that feeling of love that has been obtained is seen as threatened, will be shattered and lost.

How does this fear express itself?

Most of us, feeling that intense fear at the thought of loss, will attempt to try to secure the relationship in some way. However one expresses this fear will obviously result in some sort of outward interpersonal conflict because the mind that is acting is acting in fear. This can manifest in many ways.

What is love? Love can be described poorly as a psychological state of being. It's a dimension of experience that begins (or rather, already is, perhaps hidden), when fear ends. We associate love with people because there are brief moments of tremendous beauty that we experience when this incessant inner conflict ceases and there is silence. In the presence of another, we experience this dimension, at least until thought steps in and says "I must never lose what I have found." ... then fear begins again.

How does one end fear?

It's not something that someone can hear in passing and just casually digest it. It requires one to be fully passionate, fully present, and listening in a way that is beyond simple intellectual comprehension. This quality of listening is something we explore together. Because only a mind that is totally dedicated can see into the nature of thought without getting tangled in the spider webs of past knowledge.

What does that mean?

I can write words on this page, and the intellect will dissect these words. Is it possible to go beyond that? Can we go beyond words? It can never be done through writing, can it? Inwardly. This is why the ending of fear seems so impossible, because those who have studied it have never gone beyond the word. They stayed in the realm of theories and concepts where things are easy to manipulate, compare and measure.

But insights can't happen in that domain - insights which occurs naturally in a mind totally empty of past knowledge. It requires one to leave behind the world of concepts altogether and take a journey within into silence leaving behind 'I'.

Many people are turned off because it sounds so abstract, but it is the ending of fear will profoundly transform your experience of relationships more than anything else. None of this seems practical until you experience an insight for yourself, then you'll wonder why you wasted so much energy trying things that led nowhere.

Also, it's free! Just reach out to me if you're interested.

IF YOU FEEL INSPIRED TO!
Go to PAYPAL
Copyright © Peter Adrian
Peter made this website.
We use cookies on our website to give you the most relevant experience by remembering your preferences and repeat visits. By clicking “Accept All”, you consent to the use of ALL the cookies. However, you may visit "Cookie Settings" to provide a controlled consent.
Cookie SettingsAccept All
Manage consent

This website uses cookies to improve your experience while you navigate through the website. Out of these, the cookies that are categorized as necessary are stored on your browser as they are essential for the working of basic functionalities of the website. We also use third-party cookies that help us analyze and understand how you use this website. These cookies will be stored in your browser only with your consent. You also have the option to opt-out of these cookies. But opting out of some of these cookies may affect your browsing experience.
Necessary Always Enabled

Performance cookies are used to understand and analyze the key performance indexes of the website which helps in delivering a better user experience for the visitors.

Analytical cookies are used to understand how visitors interact with the website. These cookies help provide information on metrics the number of visitors, bounce rate, traffic source, etc.

Advertisement cookies are used to provide visitors with relevant ads and marketing campaigns. These cookies track visitors across websites and collect information to provide customized ads.

Other uncategorized cookies are those that are being analyzed and have not been classified into a category as yet.